Inclusionary housing in the Western Cape: a new policy, and the risk of doing nothing 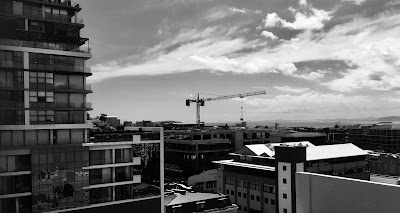 The stain of Apartheid has left an indelible mark on South African communities. The spatial segregation of people based on race, a foundational aspect of the Apartheid regime’s policy and ideology, is still jarringly present in the Western Cape. Indeed, while inclusiveness is a fundamental principle upon which the new South Africa has been imagined, the exclusionary character of many communities in the Western Cape is as bad as ever more than 25 years after the beginning of democracy in this country. Urban land markets are now perpetuating and exacerbating the unequal and segregated nature of South Africa’s cities, undermining societal principles and limiting the opportunities afforded to urban inhabitants.

The Draft Western Cape Inclusionary Housing Policy Framework May 2021 (“Framework”), under consideration now, is a welcome and overdue step towards establishing mechanisms that guide urban development, redress historical inequalities, and create an integrated and inclusive society. Without taking this and other steps, the Western Cape Provincial Government (“Province”) risks failing to satisfy its constitutional and legal obligations.

Historically in South Africa, planning and land use laws and policies were used expressly to exclude and segregate people based on race, resulting in some of the most extreme urban segregation in the world. This effect, while no longer legally enforced, is now enforced through the market. In the Western Cape, as is the case elsewhere in South Africa and in many other parts of the world, urban land markets entrench historic segregation and inequality with respect to access to the benefits of the city. It is therefore necessary to address the issue of affordable housing in order to dislodge the exclusionary character of these communities. Inclusionary Housing (“IH”) is one such tool.

IH policies originally developed as regulatory land use tools to expressly counter policies and practices that were historically used to exclude access to housing in areas based on race and class. As the Framework notes, while intimately tied to housing, IH is a land use policy at heart, and it may be used to direct and guide land use for the greater public good, just as other land use and zoning policies may do so. Such regulations are an evolution of the law in response to the needs and prerogatives of modern cities, and are now as well established as other older legal means of restricting land use, such as nuisance and trespass.

South Africa’s Constitution and national legislation empower, and arguably obligate, the Province to take steps like the Framework to address inequitable access to housing. South Africa’s Constitution, the supreme law of the land, guarantees the right to adequate housing, and mandates that the government take reasonable legislative and other measures within its available resources to achieve the progressive realization of this right (s26). South African courts have confirmed that the right to housing goes beyond actual “bricks and mortar,” and includes planning and land use regulation and policy. South Africa’s Constitutional Court has interpreted the government’s responsibility under the Constitution broadly with respects to redressing historical inequality and ensuring equitable access to basic rights, such as housing.

The national planning framework, provided by the Spatial Planning and Land Use Management Act (“SPLUMA”), specifically adopts as guiding principles and policy goals addressing the planning legacy of racial inequality and segregation and promoting social and economic inclusion through planning (see preamble, ss 3(b), 3(f), 7). SPLUMA requires implementation of land use schemes that promote the inclusion of affordable housing (ss 24(d), 28). As the Framework notes, SPLUMA also specifically authorizes provincial IH policies and requires municipalities to implement such policies through identification of the spatial parameters for implementation (see, s21(i)). Implementation of the Framework, if expressly adopted as the Province’s IH policy identified in s21(i) of SPLUMA, would help give greater effect to the provisions provided in SPLUMA and strengthen the legal basis upon which municipalities could pursue local IH policies.

Housing and development policy entails overlapping spheres of authority by municipal, provincial, and national sphere of government. Housing and urban development are expressly included within the ambit of Provincial competence, while municipalities are responsible for municipal planning and local land use regulation. The Province is tasked with regulating the exercise of municipal functions. The Framework properly acknowledges the central role that municipalities must play in tailoring IH policies to meet the particular circumstances of their jurisdiction, and it provides the needed flexibility to allow municipalities to address their particular context.

A critical contribution of the Framework is to set a clear path for municipalities seeking to implement IH policies. As noted by many observers, this has been a clear stumbling block at the municipal level, particularly in Cape Town. The past 15+ years of discussion over implementing IH policies in the Western Cape—without any actual implementation—demonstrates that there needs to be true governmental commitment to act on such policies. The growing absence of headway regarding adequate housing and equitable access to the city, either through IH or other policies, increasingly exposes all levels of government to legal challenge based on the failure to live up to their constitutional and statutory mandates.

Posted by clalexander at 3:24 AM