The climate crisis and corruption are making the case for switching South Africa to a distributed network powered by renewable energy. This is the first of a three-part series that tells that story. 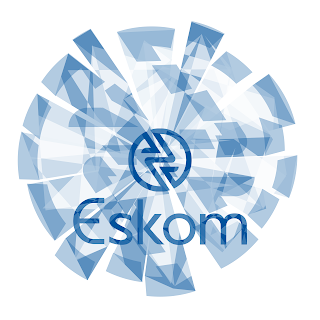 The warning was as sudden as it was shocking. “We regret and sincerely apologise that stage 4 load shedding will move to Stage 6 load shedding as from 18:00 today, as a result of a shortage of capacity,” South Africa’s national electric utility Eskom announced via social media late one Monday afternoon last month. The cause: damage to infrastructure and coal supplies from heavy rains and flooding in parts of the country. With that, South Africans were given twenty minutes’ notice that Eskom was turning off the lights on more than a third of the country for the indefinite future. Residents, companies, and even municipal utilities for large cities such as Johannesburg were left scrambling to prepare and locate undisclosed schedules for when their areas would experience outages. And, predictably, people took to Twitter to vent their frustration—often, as is the case here in South Africa, through gallows humor.

The cascading effects of a major power shortage were made obvious immediately after Eskom’s announcement. The major telecommunications company Vodacom notified the public that the batteries backing up its cell phone towers might not bridge the gap between load shedding events at a Stage 6 level, potentially leaving people without their primary means of communicating and obtaining information. The byzantine nature of Eskom’s scheduled outages prompted news outlets and app developers to produce their own maps and features to help people figure out how long they would be in the dark.


Here in the City of Cape Town, where I reside and which is recovering from a historic drought, City officials warned that the outages could affect the metropolitan water supply. Portions of the city’s water system were in fact shut down for hours just as people started fixing dinner, as I later heard from a friend in another part of the city with firsthand experience.


Eskom, a massive South African state-owned enterprise, implements intentional rolling power outages, known as load shedding, as a precautionary measure when it determines that demand will outstrip supply, thereby avoiding an overdraw on system capacity that would trigger an unplanned total power failure of the national grid, a calamity that it says would take weeks to rectify. The unique nature of electrical power grids necessitates a minute-by-minute, country-wide assessment of the balance between power generation and largely predictable swings in consumption, which are dictated by the rhythms of daily life. It is an admittedly delicate dance that necessitates quick reactions. Hence the laughably short warning provided to the public last month.


Load shedding has become a burdensome, if occasional, part of life for South Africans over the past decade. However, December’s Stage 6 event was unprecedented in scale and duration, resulting in large swaths of the country experiencing no power for much of a night. Designated load shedding levels beyond Stage 4 hadn’t even been discussed publicly until earlier this year. Stage 8, theoretically the highest and most painful level provided for, would result in half of the country being without power, although some experts say that full system failure could occur even before Stage 8 is reached.


Foremost in the minds of many South Africans is the impact on the economy and livelihoods. South Africa’s economy, the second largest in Africa, has been wobbly over the past several years, hampered by security issues, high income inequality, and corruption. Its electricity woes are not helping. The World Economic Forum has noted the country’s inefficient electricity supply as a challenge to its economy. Load shedding brings an acute dimension to this shortcoming. Altogether, estimates of the impact of load shedding events on South Africa’s economy put the cost in the tens of billions of Rands (billions of U.S. dollars) last year.


In order to get a better sense of the economic impact at the ground level, I got in touch with Paul Rubin, the owner of a local organic bulk foods grocery that I shop at in Cape Town’s City Bowl. When I asked him if he had a minute to share his experience with load shedding as a business owner, he asked if I had an hour. Rubin called the effects of the load shedding crippling, particularly for local stores like his. While a grocery might not strike someone as the most electricity-dependent enterprise, an outage can affect critical elements such a refrigeration and payment systems.  “There’s no warning. It just starts… and it’s a mad scurry to try and survive.” Another local business manager I spoke with echoed Rubin’s sentiment.


The toll is not just economic, but also social and even psychological. Hospitals, schools, and libraries all may be drastically impacted. Traffic lights and streetlamps darken, impacting safety and security. People look on with dread as their cell phone batteries drain down. The modern city and modern life, fueled by electricity, can feel isolating and hostile without it.


The perils of infrastructure failure are distributed unequally in an unequal society. South Africa, you may have heard, has an economic inequality problem. It is in the unenviable position of being world’s reigning Gini Coefficient champion (a common measure inequality). As with other types of infrastructure and public service delivery, the burden of Eskom’s power cuts is borne disproportionately by South Africa’s poor. Larger companies and those living in upscale apartments or in households that can afford diesel generators or solar panels are able to ride out load shedding, albeit with an impact on their wallets. South Africa’s impoverished communities, which were poorly served as a point of policy under the Apartheid era, are now facing power cuts without the resources to mitigate the impacts. Inequality is now enforced by the market as well as the grid.


Eskom’s December foray into uncharted territory was short lived. By the next day, Eskom had reduced the load shedding schedule to Stage 4, and it kept it at a now tame-seeming Stage 2 for most of the remaining week before returning to normal by the weekend. However, industry and official forecasts predict that load shedding will continue to occur for the foreseeable future. As predicted, the country has continued to experience load shedding events, including for much of early January.


In today’s society, where electricity literally powers our way of life, the suddenness of load shedding is more than an inconvenience. Power outages have real consequences on people’s livelihoods, well-being, health, and safety, and their increased frequency and intensity suggests dramatic changes are needed. In order to get there, South Africans need to heed the wake-up call and learn what we can from the past in order to change course. It’s time to stop planning for failure, and instead start planning for the future.


Up next: Part 2, Circuit Overload.