Climate change and corruption are making the case for switching South Africa to a distributed network powered by renewable energy. This is the third of a three-part series that shows how. 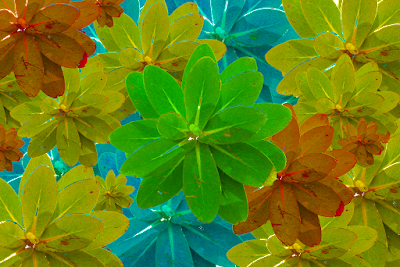 Perhaps the only type of climate change-related article more common than the doomsday crisis story is the story about the next supposedly game-changing technological fix. This is not that (although, ok, it does reference technology). It is about the prospect of a different model for supplying the bloodline for modern society, one that addresses some of the major factors contributing to the mess that South Africa’ electricity grid finds itself in. As an alternative the centralized, asymmetrical system we have, South Africa could shift towards a dynamic embedded energy grid powered by a distributed network of largely renewable energy sources. Such a system presents the prospect for radical change to a hundred-year-old system. The transition will not be easy, but South Africa’s latest rounds of power outages teach an essential lesson: that the country can ill-afford to remain on its current path.

In order to comprehend a future built on embedded generation, one must understand the status quo. Conventional electric grids like South Africa’s are powered using centralized sources of energy, such as coal-fired power plants, gas-powered turbines and hydroelectric dams. These sources generate massive amounts of energy and that are often located far from where the electricity they produce is used. It is a highly asymmetrical system connecting a few energy producers with many, many energy consumers. While this configuration benefits from economies of scale, it also leaves the users more susceptible to failure when these plants break down or transmission is disrupted.

Like a tree spreading up to millions of separate leaves to catch the sun’s light, an embedded grid relies on a myriad of small-scale and on-site power generators to produce energy. The one-way flow of energy is disrupted, and a dynamic grid in which users are also producers replaces it. Such systems require both infrastructural and legal adjustments, but the robustness and redundancy would pay dividends in climate-proofing the country.

Embedded generation’s distributed nature spreads the task of power generation, mitigating the risk of disruption of any one source. It is also incremental and can capitalize on advancements in clean renewable technologies that don’t exacerbate the climate problem. Solar and wind can be co-located next to people more easily than either massive industrial power plants or polluting diesel generators, and they are generally more efficient at converting energy into useable forms. And while the intermittent nature of solar and wind power—the sun doesn’t always shine, nor the wind always blow—has limited their usefulness in meeting steady “baseload” demand, new battery technology improvements have made great strides towards storing energy for later use. A diverse and embedded grid itself can also mitigate intermittency, drawing on different energy sources in different parts of the country to make up for lack of generation in other parts.

Embedded generation should not mean uniformity; it calls for a healthy mix of suppliers and sources at all scales, from large-scale generators to commercial independent power producers and on-site generation for self-consumption or sale back to the grid. There is also an important place for government-sponsored and community-based models and regulation to provide for the needs of all South Africans. In addition, energy efficiency measures and demand-side management, which involve curtailing waste, are also critical complementary strategies, and provide even more opportunities for commercial innovation, which can be paid for through savings created by increased efficiency. A grid that is both dynamic and efficient is better placed to confront the needs and challenges of the future. South Africa needs to start moving in that direction.

No doubt an embedded future would significantly disrupt the current financial and systematic model of South Africa's biggest electrical utility, Eskom. Eskom’s financial picture in particular, discussed previously in this series, is an important concern because the company acts not just as a generator of electricity under the current system but also as the distributor. But concern about Eskom’s financial state and the need for a coordinated distribution system shouldn’t be confused with good reasons for perpetuating an increasingly broken system. There will likely always be a role for integrated and coordinated control of the grid network, but so long as corruption and maladministration are problems, it seems prudent to minimize choke-points in the system that can be manipulated. The current system entrenches an unnecessary monopoly favoring an unbalanced approach to power supply. The financial stability of Eskom or other entity or entities coordinating the grid should be secured, but not simply for the sake of Eskom shareholders and at the expense of a more resilient energy system that would benefit all South Africans.

Eskom’s vertical monopoly on electricity is not necessary, as demonstrated in competitive energy markets like those in the United States. Entrenched business models and economic interests are not a sufficient justification for maintaining the status quo when alternative models would be better for consumers, the environment, and the industry itself in the long run. There is no overpowering basis for Eskom’s monopolization of electrical generation, and the history of state capture and poor service delivery in South Africa suggests that providing room for self-sufficiency and local control is sensible.

As a growing chorus of observers are noting, government support is needed for the transition to a more reliable and less environmentally destructive energy grid. National law and policy necessary for enabling embedded generation and renewable sources has been fragmented, moving in fits and starts. The Department of Energy’s plan for increasing renewable energy capacity over the long-term, including embedded generation, is positive but modest, and also doubles down on building additional coal capacity. Recent regulatory changes have helped loosen the red tape preventing small-scale generators from connecting to the grid, but the country still lacks the sort of policy support and investment that has catapulted small-scale generation in other countries. Unfortunately, but perhaps unsurprisingly, Eskom has dragged its feet in complying with existing law and in implementing distributed energy storage systems. In sum, significant regulatory and policy obstacles remain to implementing an embedded grid fed by renewable energy.

Whether or not the government is on-board, residents and businesses are already searching for embedded solutions. For Rubin, my grocer who I introduced in the first part of this series, it’s about seeking a more reliable power source for his business. The general consensus between store owners in his area is that load shedding will remain an issue. “A lot of businesses are moving away [from Eskom] and trying to get off-grid.” The cost of transitioning is an issue: “for a small business it’s really challenging because you don’t have the capital or the budget to invest in things like generators or solar power.” Nevertheless, he’s convinced it’s a change he and many others will have to undertake.